Today I’m taking a look at a recent entry into the Wireless keyboard and mouse market by Verbatim. This particular keyboard and mouse combo are under the Mini Wireless Slim brand. As such it’s on the small side compared to standard peripherals. Like most keyboards these days Verbatim has slanted the surface of device towards the user. Interestingly, this keyboard is very similar to the designs that you’ll find on 15 inch laptops. 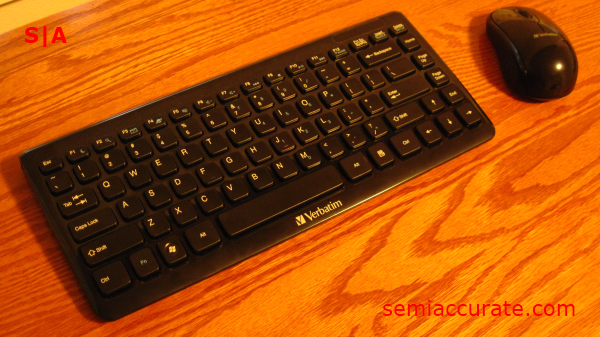 To give you an idea of how similar this wireless keyboard is to a standard laptop keyboard we placed our review sample directly below the keyboard on this Dell Inspiron we had lying around. 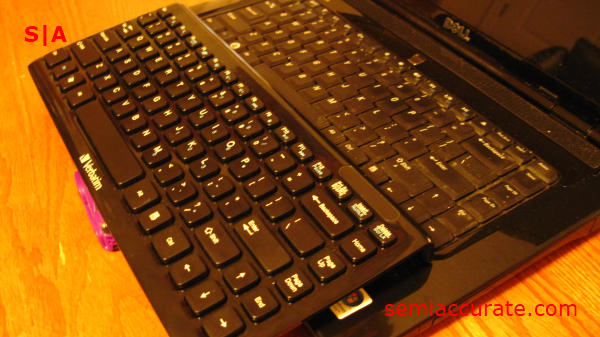 As you can see the two are very similar. Both have a six row configuration and with only a few exceptions have the same key layout. Notably the two differ on the placement of the right control key, and Verbatim’s keyboard is missing an open CD drive key in its top row. 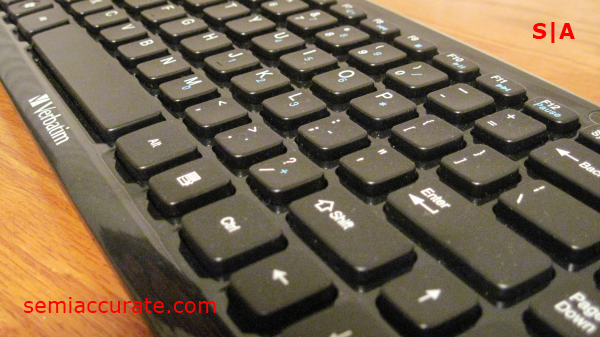 Looking at the individual keys we can see that Verbatim has made some design choices that suit this keyboard to the HTPC market. Each key is physically separated from the next by a small gap; this makes it easier to avoid hitting more than one key with a single stroke. Additionally when a key is depressed it descends to a level equal to the surface of the keyboard. This means that after you spill soda or some such substance on it, the surface of the keyboard will be effectively flat as you run a cleaning cloth over it. 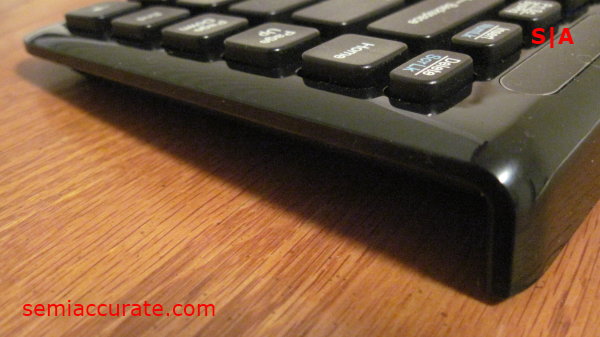 The glossy back finish that Verbatim chose is a nice touch. It gives both the keyboard and the mouse a sleek look that a matte finish would be lacking. The drawback to this finish is the ease with which finger prints and smudges will show up on the edges of the keyboard.  Admittedly, finger prints and smudging are not as much of a problem on the actual keys though. Verbatim made the right decision to go with a matte finish on the key tops. Thanks to this property the keys are visually functional even after hours of constant use and despite significant smudging on the glossy finish. 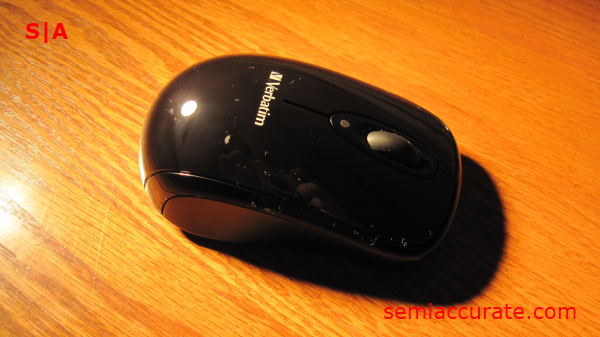 We tried out a number of different usage scenarios with the keyboard and mouse combo. In extend periods of typing this keyboard is a competent performer. Our photo editing was a similar story, the lag from user input on the keyboard and movement of the mouse is almost imperceptible. In games the pair again proved to be a competent combo. Our only real gripe is that the back of the mouse tends to drag ever so slightly, it’s really a rather minor issue, but in gaming sessions it is noticeable.

One of the major issues with older wireless keyboards and mice is battery life. The Mini Wireless Slim devices do not have that issue. The keyboard and the mouse both use 2 AAA batteries a piece. During our testing we never needed to replace either set of batteries. Realistically speaking we would expect the batteries to last about two weeks for daily use, but as always your mileage may vary. 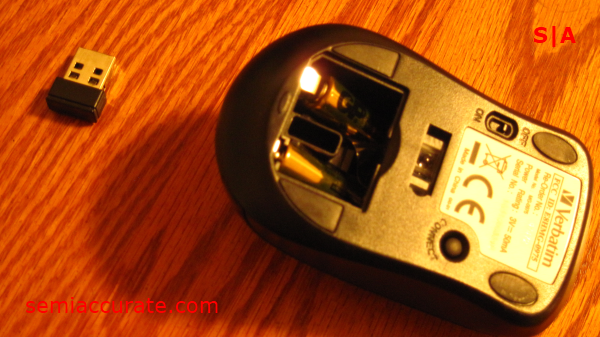 The mouse half of the Mini Wireless Slim combo is definitely one of the more thoughtfully designed wireless mice that I’ve used. On the base of the mouse there is an on/off toggle and a wireless connect button, and these are both pretty standard features. But Verbatim differentiates itself by housing its USB based wireless dongle inside of the battery compartment. The dongle itself is a really small device and there are pros and cons to that. On one hand it was a trivial matter for me to snatch the dongle out from the front panel on my desktop and then plug it into the side of my laptop so I could continue using these Mini Wireless Slim peripherals on a different PC. But on the other hand the chance of misplacing or losing an object seems to increase exponentially as you decrease its size.  Despite this trade off I found Verbatim’s wireless dongle to be superior to devices with larger wireless dongles like some offerings from Microsoft. 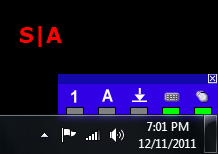 Verbatim includes a driver CD with this product. We found that despite not using the driver CD the Mini Wireless Slim devices would function properly in Windows 7. But using the drivers yielded an interesting benefit with a small tray application appearing when we had Verbatim’s peripherals connected. In what appears to be a power saving feature Verbatim has offloaded the work of the five dedicated LEDs on the keyboard to the desktop. As such all of the LEDs on the keyboard remain inactive in this configuration and thus don’t draw the power that they normally would.

During my testing another user hijacked my keyboard and computer and happened to tap out some musings about the Mini Wireless Slim combo while I was out for coffee. So I offer to you my friend’s, more colorful, perspective on this set of wireless peripherals.

I’m testing out this boss keyboard mouse combo from Verbatim.  The mouse is responsive and simple which is good for people who don’t like mice that are just porcupined with buttons.  The Keyboard is likewise, it’s simplistic, but well made; it is not a key harlot, yet it’s just what you need.  The keys have a nice feel to them and the keyboard feels sturdy but light, it’s easy to type with it on a desk or on your lap.  There aren’t any breaks in the wireless connection.  Even when I’m typing this from twenty feet away!  Not like that really matters to me since I’d never do that, but it just shows me that you’d be hard pressed to have a break in in the wireless connection for normal use.  I’m not a big tech guy but from my point of view this is an excellent keyboard for people with simple needs that want something well-built, and isn’t going to mutiny on them with random fail boating.  Durable enough that I’m confident I could probably knock out Thomas out with it and steal his organs but light enough that I would have no gripes carrying it around.

With that in mind I’d like to reiterate the positive experience that  my friend and I had with Verbatim’s Mini Wireless Slim Keyboard and Mouse. It’s a quality product that has a number of thoughtful features and is well suited to environments where space is at a premium. Now you’ll have to excuse me while I try an convince my dear friend to let me keep my organs and things.S|A