Marvell showed SemiAccurate two interesting devices at their CES suite, a radio and a printer board. Both were evolutionary but interesting enough to warrant a deeper look.

The first device was the Avastar 88W8964, a radio whose function should be obvious from its name. For those of you who didn’t get that this was a joke, the 88W8964 is an 802.11ac Wave 2 4×4 MU-MIMO radio with all the goodies. Marvell is claiming 2.6Gbps throughput, quite a fair number for something that can utilize the full 160MHz available per stream, no quibbles about the numbers from us.

More interesting is support for 802.11mc indoor location technology. 802.11mc works via round trip timing on special packets much like 802.11ac’s MU-MIMO. This is said to allow for <1m accuracy for positioning, a figure that should be easily achievable with the tech. If you are thinking that since both MU-MIMO and 802.11mc use round trip packet timing for location, they use the same packets, but you would be wrong. Yay design by separate engineering committees, go progress! 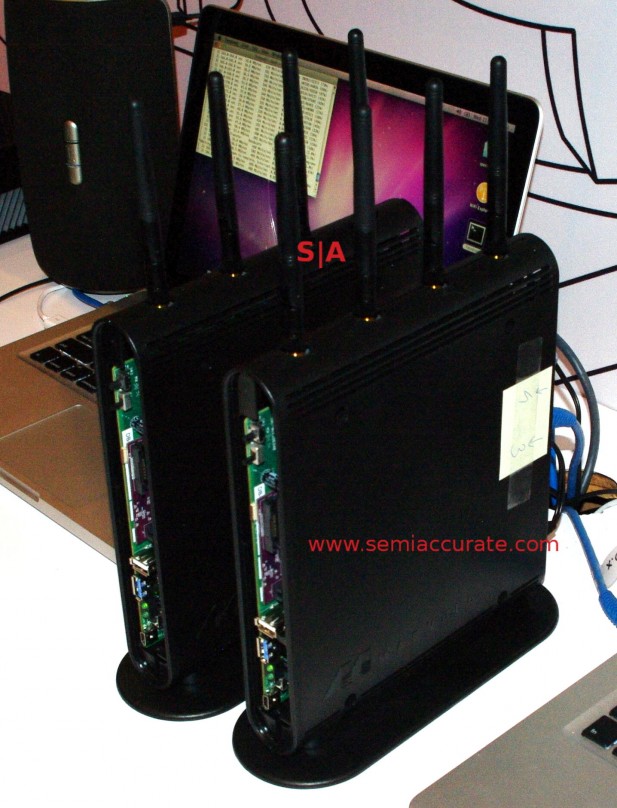 If you take an 88W8964 radio, add a ‘legacy’ 802.11n radio, then slap it in a box with supporting hardware and antennas, you get the AP3200 reference platform. As you might have guessed this is the development platform and reference design for developing devices based on the Marvell silicon. If you buy a 4×4 MU-MIMO router with a 88W8964 radio in the next year or so, the AP3200 is where it all started. 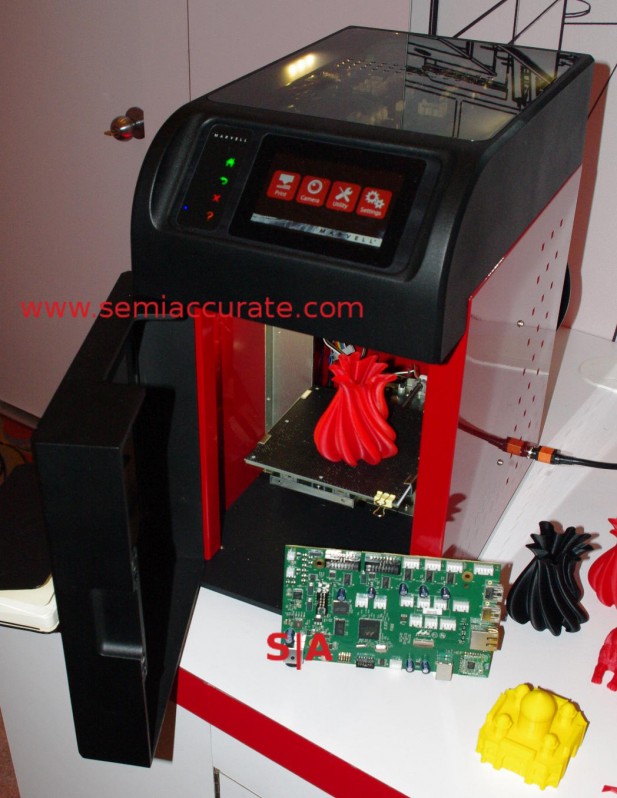 Marvell’s 3D printer design and board

If you remember our writeup of Marvell’s entrance into the 3D printer SoC space, we mentioned a reference design printer Marvell made to show off their HDK. At CES we saw one in the flesh and it was indeed big, red, and sporting a clear top to show off Marvell’s products.

Mama board and baby board

What we weren’t expecting to see was a second printer board from Marvell, think of it as an HDK-lite. It is both a cost down version of the main HDK and a far less feature filled design. Think of the original HDK as throwing in everything including the kitchen sink and then all the other potential possibilities, plus a few more, and the second board as something that you might see in a real world design. If you are developing hardware with lots of bells and whistles, you probably want the first HDK. If you are writing or tuning software, or are just on a budget, you would be better served by the cheaper variant. If you collect 3D printer HDKs, you probably want both.S|A