Computex 2018: Canvas for cards, and logos of embedded

The big news from Kingston at Computex wasn’t a product but branding. SemiAccurate doesn’t usually care about this kind of thing but one of Kingston’s new messages is pretty interesting. 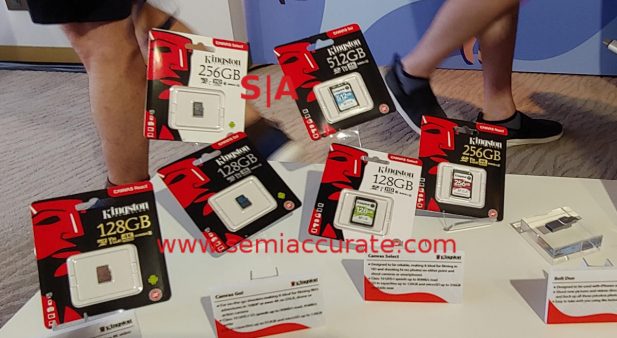 Lets start out with the non-interesting ones first, the new SD-card brand, Canvas is the new overarching name. At this point most of you are probably enthralled to hear that the three sub-brands are React, Go!, and Select, high to low performance and cost respectively, exclamation point officially included. Not much new here but Kingston makes good memory so this may be useful to a bunch of readers in the future. 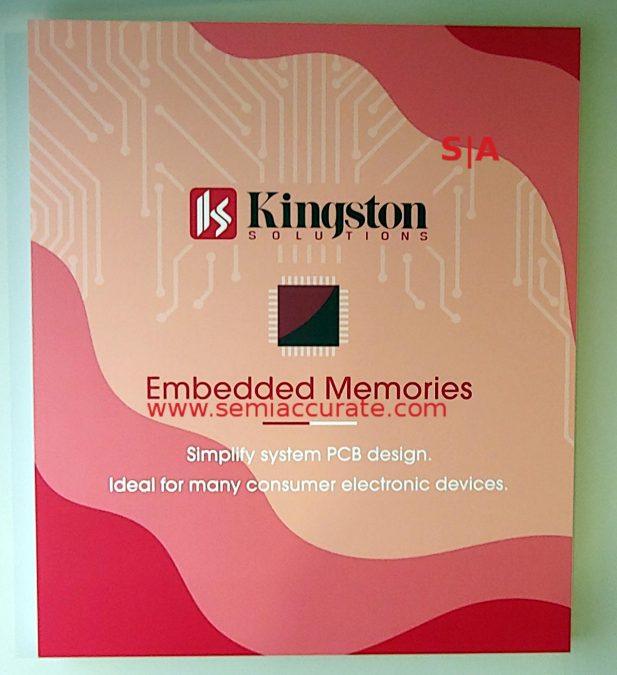 About as exciting as embedded memory gets

The big news is that Kingston now has a branding structure for embedded memories like eMMC. It is under the Kingston Solutions brand and has a logo and likely a co-branding fund/strategy. Why is this important? Of the 10+ devices you probably own that have embedded memories and storage, can you name the maker of one of them? Kingston sees this as an opportunity and if it works, others will likely jump in as well. Whether this is the start of a trend or a curious experiment is yet to be seen, but it is interesting. 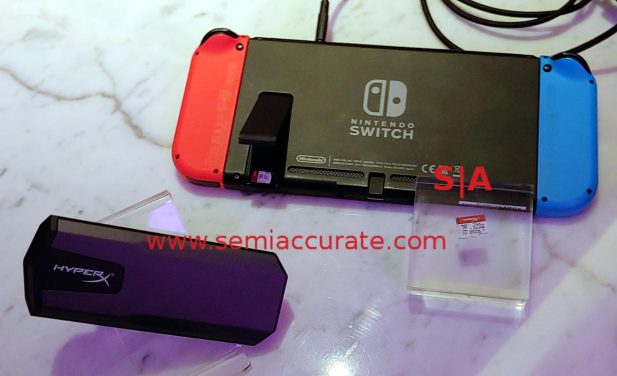 Two storage bits with a spokesmodel

Last up is the two new products, the HyperX Savage EXO external USB-C SSD. While it is only 5Gbps, it is still a solid device that promises 500/480MBps R/W speeds. Having used a few of these ‘external SSDs’ in the past, the difference between them and a plain USB stick is impressive and worth the cost delta. Your USB controller will probably be the bottleneck, followed by your PC’s SSD.

The other product is the new HyperX micro SD cards. Class 10 UHS-1 with 80MB/s reads and a 256GB capacity won’t set the world on fire, there were much faster variants shown all over Computex. Do note the Switch in the background, these were the fashion accessory of choice for SD cards at the show, and hint at what Kingston sees the market for gaming storage to be. A solid, reliable, large card with enough speed to do the job isn’t a bad thing even if it is under the ‘old’ HyperX brand.S|A