MSI shows off a board and a smaller board

MSI was showing off two things of note at IDF, a new X79 board and a prototype widget. Neither is going to be released for a bit, but both should be out before the end of the year. 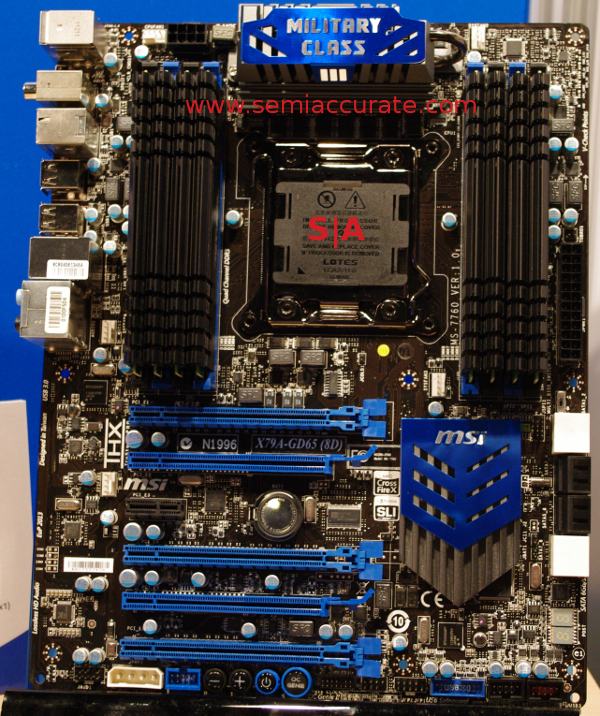 8 DIMMs are better than 4 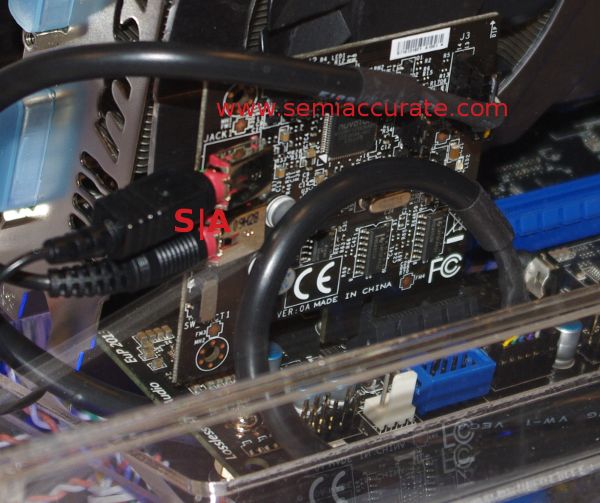 The other bit is a voice recognition board. In case this name doesn’t give it away, MSI is trying to give the buyer the ability to say commands to the PC and have it do them. By the time you are able to buy a product with this feature, it will look nothing like what you see here, it will just be on the board. This card uses the 1x slot for either power or just mechanical placement, it doesn’t need data from the system across PCIe.

Currently, the X79A-GD65(8D) is waiting for the release of Sandy-E, currently MIA, but expected this year in one form or other. The voice command unit is a prototype right now, and is still being worked on, so probably this year. Currently, it understands 8 words, with more possible. Seven words make sense, what is the eighth?S|A