And looking to improve its business model at that…

It seems that with every passing year SSDs come further and further into the mainstream. 2011 is no exception that rule and OCZ’s Terabyte SSD drive exemplifies that point quite well.

Today OCZ introduced its Octane series of SSDs. Initially OCZ will be bringing two different types of Octane drives to market. There will be a series of drives designed to work with the 6Gb/s SATA III interface, called OCZ Octane, and a series of drives designed for the 3Gb/s SATA II interface, called OCZ Octane-S2. The OCZ Octane series will come in sizes ranging from 128GBs to 1TB. OCZ rates these drives at 560MB/s read and 400MB/s write, when using the SATA III interface, and it rates the SATA II based Octane-S2, at 275MB/s read and 265MB/s write. One of the most important features these new drives have to offer is OCZ’s NDurance Technology. OCZ claims that it doubles the rated life span of their NAND cells. The longevity of NAND cells has significantly decreased as NAND has moved to smaller and smaller manufacturing processes, thus any technologies designed to increase the life span of advanced NAND is warmly welcomed. In addition to these rather high numbers OCZ is claiming that the SATA III version gets 45,000 random read IOPS and the SATA II version gets 30,000 random read IOPS. This is significantly lower than OCZ previously released Vertex 3 MAX IOPS drive which boasts 85,000 random read IOPS, but still quite competitive with the rest of the SSD market. 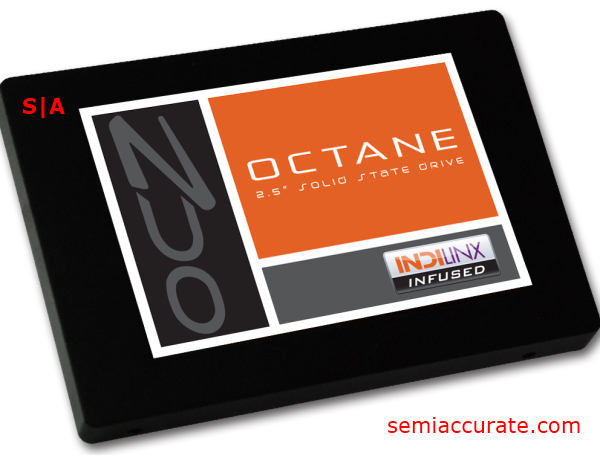 These Octane drives seem quite competitive. They’ve managed to increase 2.5” SSD capacity to 1 TB, give us half a gigabyte of read bandwidth with good random read speeds, and double the rated endurance of their NAND cells. That seems like a tall order for OCZ to fill, which is why what the tools OCZ used to hit their mark are so interesting. Ranging from a dual core ARM CPU in its SSD controller, to a 512MB DRAM cache, and its proprietary NDurance Technology, it seems like OCZ has baked in all of its goodies and tricks into this product line.

OCZ is using the Indilinx Everest controller on these new Octane drives. Everest is the successor to Indiliux’s well-received Barefoot controllers. Codenamed Jet Stream, and originally slated for a Q2 2010 introduction. The Everest Controller looks to be a slightly weaker product in comparison to SandForce’s SF-2200 series. It remains to be seen if we’ll start seeing Indiliux Everest controller show up widely in products from companies other than OCZ. 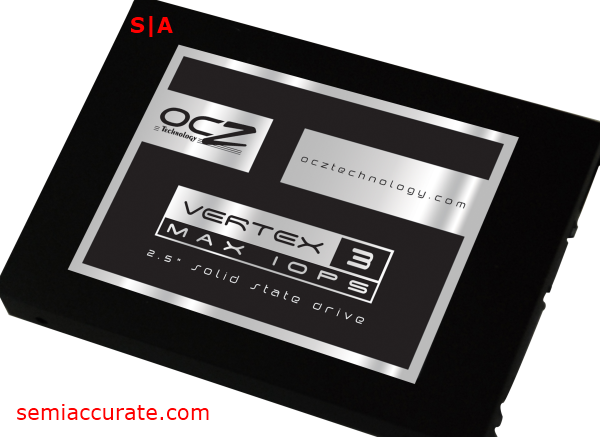 OCZ and Indiliux must have been working collaboratively for quite some time on this controller. When OCZ initially acquired Indiliux in March it was seen as a positive move by OCZ in its effort to make a name for itself in the SSD market and differentiate itself from competitors like Corsair and Kingston. OCZ’s acquisition of Indiliux makes even more sense in light of this product launch. OCZ now has one of the best SSD controllers on the market and it’s completely in house. If OCZ wanted to, they could conceivably attempt to vertically integrate large amounts of their market share by keeping their controller technology in-house, or they could attempt to grow their revenues and margins by selling their Everest controller to its competitors. Both ways it’s a win for OCZ, and it makes the $32 million acquisition of Indiliux well worth the price.

I doubt that I’m the only one that sees increased valve in OCZ’s recent acquisition of PLX Technologies IP and SOC design team with this announcement. What we are looking at here is really the formation of one of the biggest driving forces in the SSD market, and boy is it fun to watch.

At the end of the day what this means is that if you’re planning on building an SSD based computer this holiday season, chances are that you’ll be using a drive with a SandForce or Indiliux controller, and even more to the point, chances are it will be from OCZ.S|A