VL812 has a lot of nice features

If the news that the Via VL812 supporting YD/T 1591-2009 doesn’t get your attention, I don’t know what will. Seriously though, the VL812 is the third generation of Via USB3 controllers, and it has some nifty features.

You might recall that Via was the first one to ship a USB3 controller, and in less than 18 months is on generation 3. USB controllers are really not that interesting to the layman, but this new one has a bunch of goodies around charging batteries and newer specs. This is a good thing in just about every way, and it is a single chip solution as well. 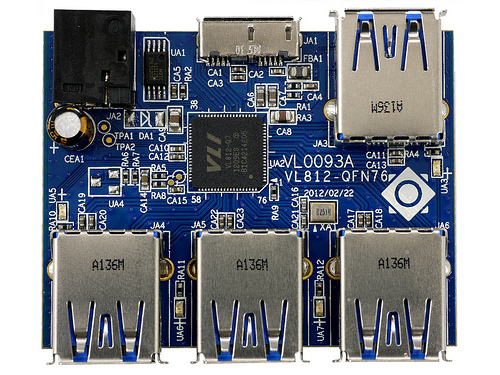 What enables this is the integration of a 5V DC-DC switching regulator, a first according to Via, and battery charging logic. This lets the VL812 support a Dedicated Charging Port (DCP), Charging Downstream Port (CDP – new and very useful standard), and of course YD/T 1591-2009. We don’t have a clue what YD/T 1591-2009 does, but it sure sounds cool, and up until this sentence, you probably thought we were a lot smarter than we are.

The VL812 is shipping now, and will probably be in 73 devices you own over the next 9 months or so, but you will never realize it. Then it will be replaced by the fourth generation of USB3 controllers supporting new and exciting standards like YD/T 1591-2010. Yay progress.S|A