LSI may have bought Sandforce, but at Computex, all that changed was the odd sticker and logo. The rest was pure Sandforce of old, bringing some older LSI products up to speed too.

Remember the old LSI Warpdrive from early last year? That clunky PCIe 8x SLC SSD has been updated a bit with a Sandforce controller, and basically newer everything. It is now called the LSI Nytro WarpDrive, and bears not just one, but two LSI logos. The old 300GB SLC version has been updated to 200 or 400GB, and there are now 400GB, 800GB, and 1.6TB MLC versions as well.

If you have to ask why anyone would want a probably more expensive but smaller SLC drive, well, you aren’t the target market, move along. For everyone else, the write durability will be well worth the extra coin. The addition of MLC is probably less for capacity reasons than the more sophisticated wear leveling in the Sandforce controllers allowed it. In any case, if LSI stands behind it as enterprise ready, it is a safe bet that it will live up to the write lifetimes quoted. 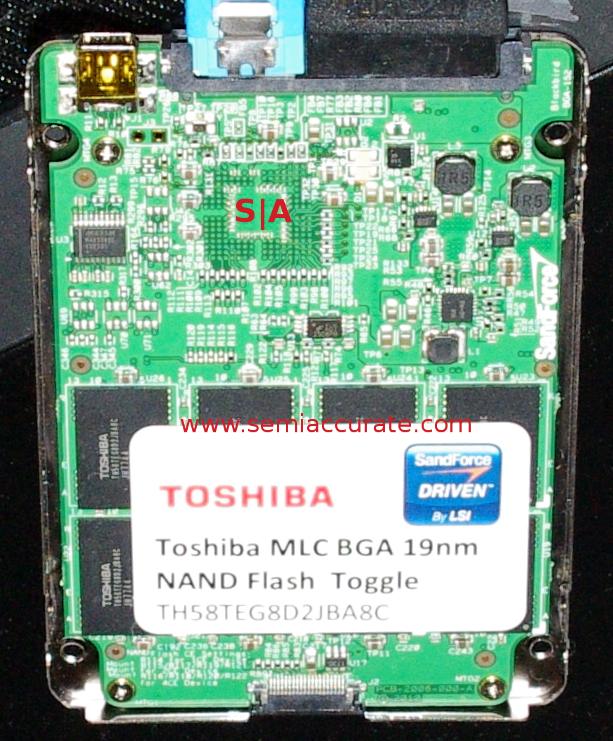 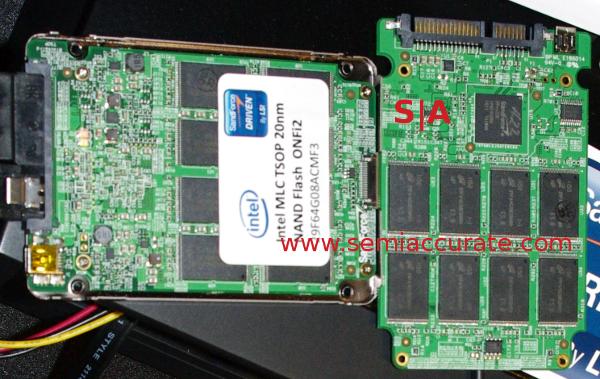 One thing Sandforce likes to do is point out their support of upcoming devices and geometries. In this case, they did so by showing off their controller in SSDs bearing Toshiba 19nm Toggle NAND flash and Intel 20nm ONFI2 flash. Not much more to see than bleeding edge semiconductors, even if they all look like square black plastic blocks.S|A