Intel has talked about the MIC/Phi architecture, but what are the specs? Thanks to some systems on display at IDF, we can now answer that with a lot more detail.

The short story is that what you see below are the specs for a two Phi system so the numbers on the top right are aggregates. If you can’t read the numbers, it says Cards:2 Memory:16GB Cores:112. Divide by two and you end up with 8GB per card for 56 cores each. The silicon has 64 physical cores, a few are used for running the OS and a few for miscellaneous housekeeping. The end result of 56 may just be a marketing decision or it may be indicative of yields. 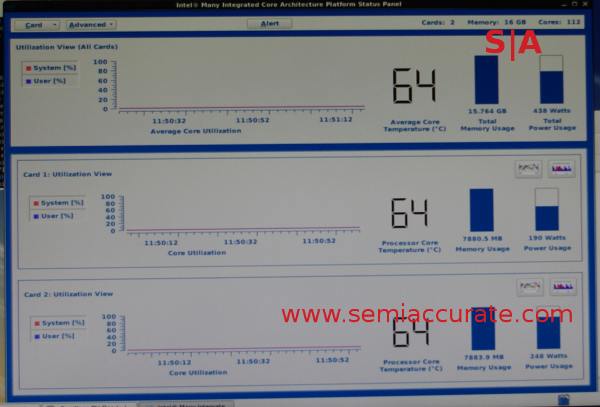 The rest of the specs have two bits that worry me, power used and the difference between the two in power use. Both cards are at idle and the first is pulling 190W, Card 2 is using 248W, a 58W difference between two cards in the same chassis at the same load. That is a massive amount of power for effectively no work done, and those 58W sure seems to say yield problems. All that said, the chips do work, the cards are looking pretty polished, and they will burn huge numbers of watts to do so. 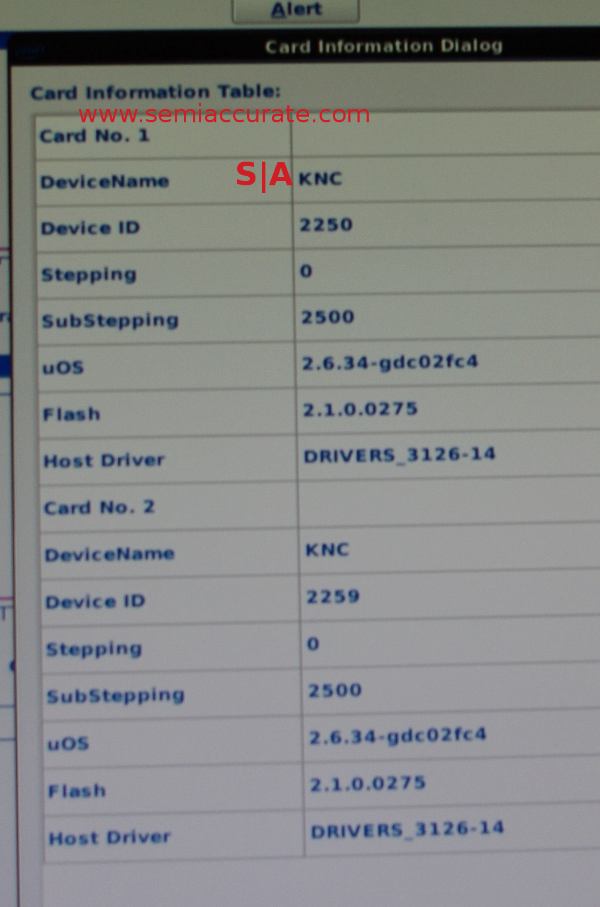 For those with more questions, the chart above probably won’t answer any of them but it may win you an IDF trivia contest some day. That said, we thought you might like to see them anyway. Intel has been claiming Knight’s Corner will crunch numbers at about 1TF DP so now you can work out the clock speeds for yourself. Have fun.S|A