Everspin has introduced a production ST-MRAM memory that combines high speeds, high density, and non-volatile storage. Best of all, it can be produced on normal semiconductor lines at bleeding edge geometries.

MRAM is short for Magnetoresistive RAM, and up until this anouncement was only available in Toggle form. Now Everspin has announced ST-MRAM or Spin Torque MRAM, and sample boards are available now. ST-MRAM takes less power to switch, to run, and the cells can shrink with smaller processes just like transistors.

The ST-MRAM shown today is built on a standard 90nm process, and from that you get a 64Mb chip that is pin compatible with a DDR3 DRAM. That means for a comparable size device, you can get the DIMM pictured below but it doesn’t lose data when powered off. Densities start off at 64MB, remember this is a 90nm product, and the speeds are comparable to current DDR3/1600MHz.

Timings are also comparable to DDR3/1600, but not exactly the same. This isn’t marketing-speak to hide a flaw, the CAS latency is the same, but the other timings are different due to how MRAM works.  This means higher access granularity and no needed refresh, so accesses can be done quite differently. Since ST-MRAM does not need to be refreshed, that changes how bits can be accessed and patterns are optimal to read it with. All of the old DRAM tricks for banks, accesses, and block reads are not necessarily beneficial for this technology, and that changes just about everything. This is not to say it is worse, more granular and faster without refresh related rules is a very good thing.

Current DDR3 controllers, if they follow the spec fully, should be able to work with ST-MRAM. They will undoubtedly need a firmware update to make them aware of the non-volatile nature of the memory, but that is understandable. These updates should also let you do a lot more tricks with access, the old handcuffs are not there any more. The short story is that with very little work, it should work with many modern memory controllers.

Looking forward a bit, if you can get 64Mb chips out of a 90nm process, think about what happens when you move to a modern process. Process steps are 90nm, 65nm, 45nm, 32nm, and now down to 22nm. That means the 64Mb parts are built on a -4 process, or to put it another way, would get 16x the density moving to a bleeding edge process. I will let you do the math, but a 20/22nm MRAM will hold a bit less than current DRAMs on the same process and not lose it when you pull the plug. Everspin assures SemiAccurate that it does shrink to those geometries and that dies sizes are roughly the same as DRAM for the same capacity chip.

Better yet, switching a bit cell is determined by current density, so energy used goes down with the square of the process size, but not exactly. There are a few other factors to take in to account, but each shrink should bring a large power savings with it like you might typically expect from semiconductors. Normal DRAMs don’t shrink nearly as well, and flash is at the point of decreasing performance as process get smaller too. 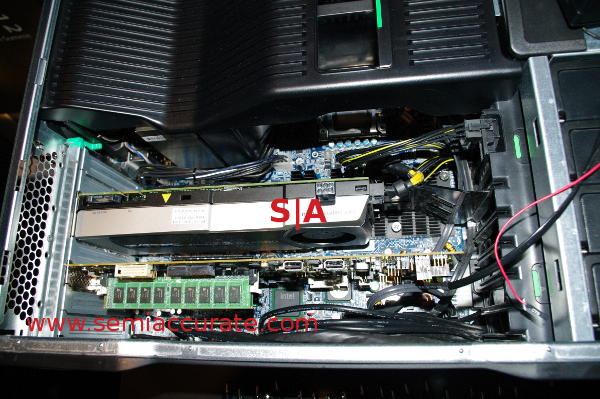 Everspin is saying that the pricing of MRAMs now is comparable to SRAMs, that would be very high to you and me. With the advent of ST-MRAM, when volume goes up prices should drop to that of standard DRAMs. For non-volatile memory that is in the ballpark of current alternatives for energy use all while on a 90nm process. Impending shrinks mean ST-MRAM has a pretty good outlook. Once this technology goes mainstream it will change things, count on it.S|A