Last week at Vision 2022, Intel showed off a bunch of wafers from unreleased processes. SemiAccurate was glad to see these even if most were only test chips at this point.

We will preface this by saying that the new phone we picked up the day before flying out to Vision was… crap. Yes the Pixel 6 Pro’s cameras, lauded by many, took absolutely miserable pictures, far worse than our usual bad pictures. The ‘enhancing’ bits basically destroy fine detail and there seems to be no way to turn off this ‘beneficial’ feature. Sorry about that. Now on to the pictures with minimal commentary. 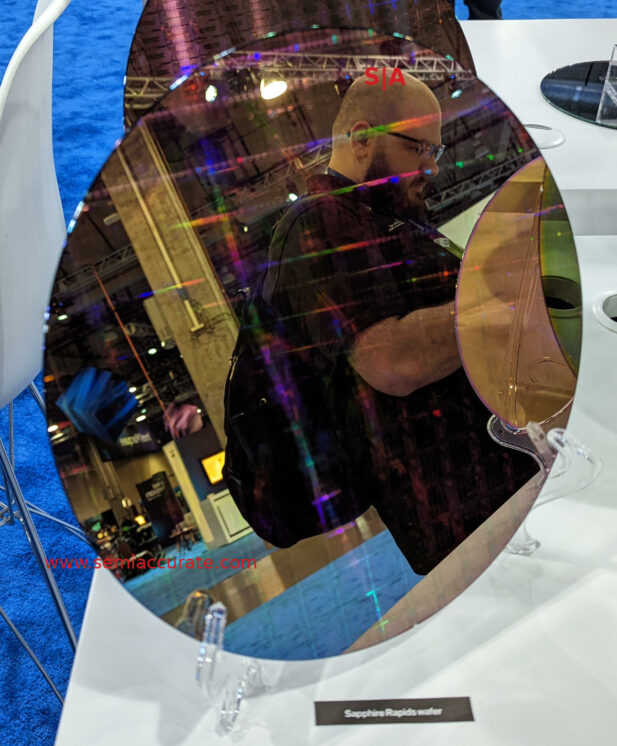 Sapphire Rapids in round form

Here is a Sapphire Rapids wafer with all the detail blurred out, not by choice. The best part is you don’t see how bad it is until the show is long done, our bad once again. SIGH. In any case the die shots are out and the details on size leaked long ago so no big deal. 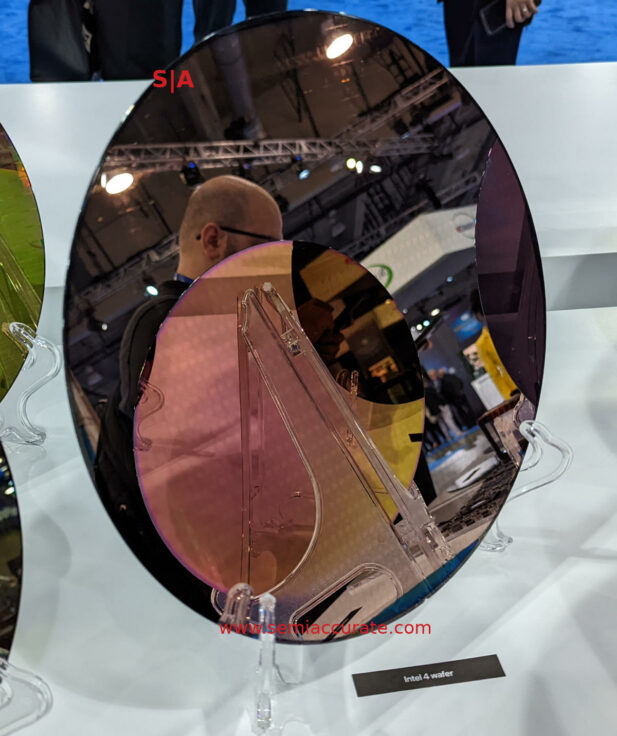 Next up we have an Intel 7nm wafer which for some reason lost a full ‘3’ on the label, not sure we can explain that one. Interestingly there wasn’t any wafer named 7+nm or even 3 on display but given the next two we aren’t going to lose sleep over that one. 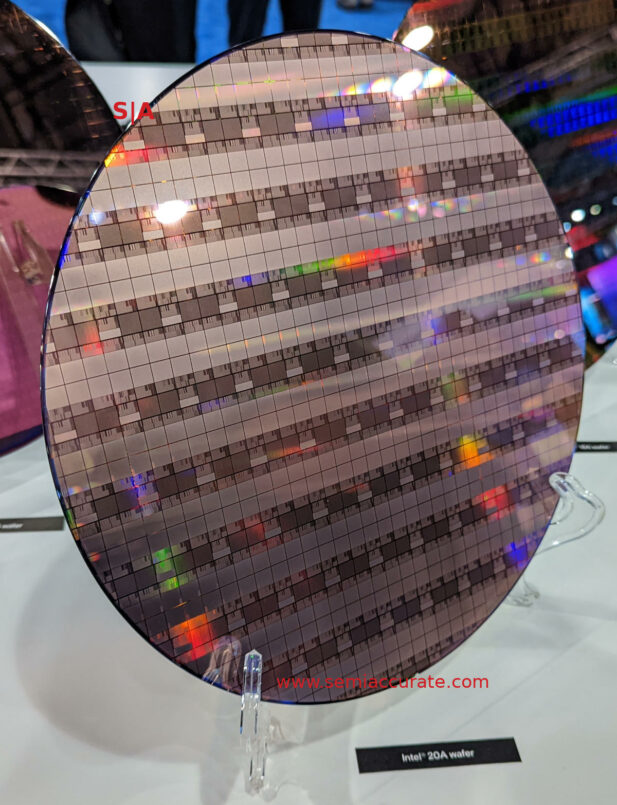 That brings us to Intel’s 5nm process which gained 15 rather than losing numbers like the last one. This one is clearly test structures/devices but it is good to see it on display this early. Like the others it is round but far less shiny so the pictures came out less badly. Go us! 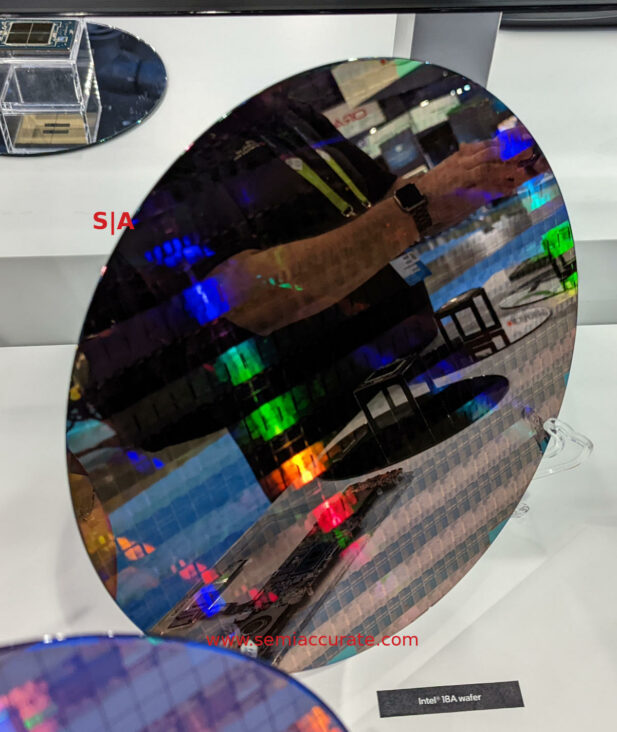 Intel’s 5+nm wafer was the last on display and this one gained 13 units for some reason getting it closer to the correct process name. Based on our exceptional math skills, we can unequivocally state that Intel will get the labels right within 9 nodes. More importantly if you squint you can see a distinct resemblance in the structures of the Sapphire Rapids, 7nm, and 5+nm wafers. Anyone know what this mystery structure is?S|A