Hands on with Gigabyte’s X58A-OC motherboard

The start of something new or one of a kind?

WE GOT SOME hands on time with Gigabyte’s new X58A-OC motherboard that the company has designed specifically for overclockers and most of the features that go beyond the normal motherboard bits have been developed by Gigabyte’s in-house overclocker HiCookie. Now that said, this is actually a fairly affordable board, at least considering the high-end components used and what is likely to be a limited run of boards, although Gigabyte wouldn’t tell us how many they’ll be making in the first batch.

So let’s start with the price, something many are likely to be wondering about. Well, Gigabyte told us that we should expect the board to retail for about $280 and it should be available within the next two to three weeks from all the regular Gigabyte resellers. This might sound steep for what in fact is a very feature stripped board, but the extra high durability components that are being used are not cheap and make up the difference compared to a regular board with loads of additional controllers and what not. 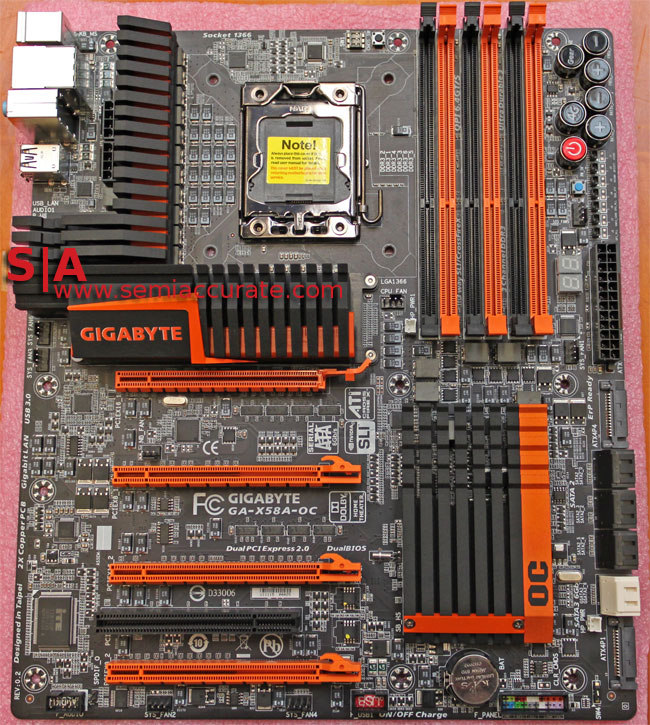 We already mentioned most of the key features in our piece about the board last week, but we were told about a few extra features that we weren’t aware of. For starters the 12-phase PWM design is meant to be as good as Gigabyte’s previous 24-phase design thanks to the custom made 50A MOS chips and chokes, as this board can actually deliver as much, if not more power than Gigabyte’s previous designs. 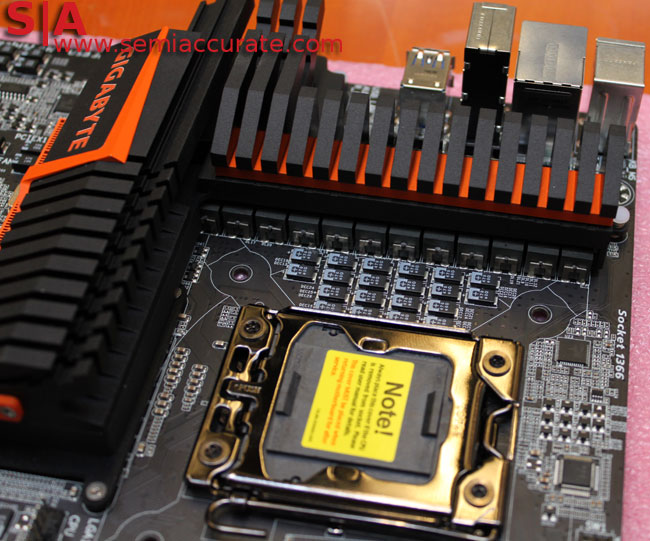 Then we have the buttons, of which the Gear button was a mystery for us. Well, it’s possibly the most interesting feature on the board, especially for professional overclockers. As the name implies, it operates as a gear and divides the Bclk into three which allows for much better fine tuning so that last little bit of performance can be squeezed out of a system. For most other users, this isn’t going to be terribly useful though. Also, the 4G button has been designed to bring the CPU up to 4GHz without and fiddling around.  It also involves a memory check and will tune the system according to the type of memory being used to allow for the greatest stability possible. 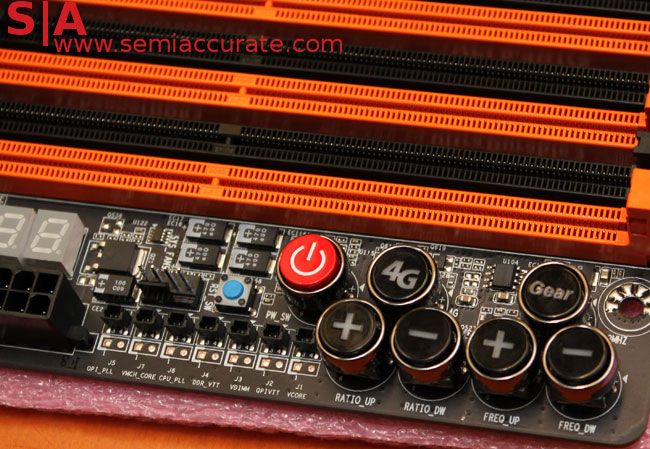 Besides the SATA style power connectors on the front of the board that provides extra power to the PCI Express slots when multiple graphics cards are being used, if you look closely on the left hand side, you’ll see a small switch labeled SW4. This is the manual BIOS selection switch, although this has to be set before the system is powered on. The board supports two independent BIOS versions to be installed thanks to this, again a feature that overclockers will appreciate.

The switch next to the CPU socket is the one that adjusts the PWM frequency as we mentioned in our earlier post and this can be done at any time. The only thing we’d say is that the actual dip switch is a bit on the small side, but part of the reason for this is so that the switches aren’t accidentally moved, but it also makes it a little bit fiddly to change the settings. 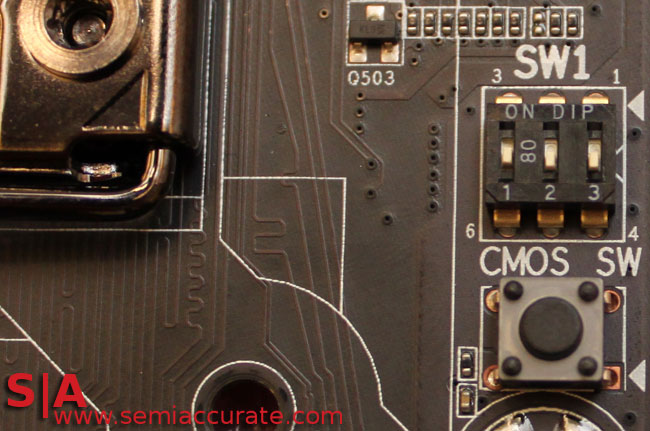 As you can see, this board offers a very scarce set of ports around the back, although the inclusion of PS/2 ports are again based on the fact that many overclockers disable the USB ports when they go for really high speeds, as sometimes the USB controller can hold the system back from reaching its full potential. 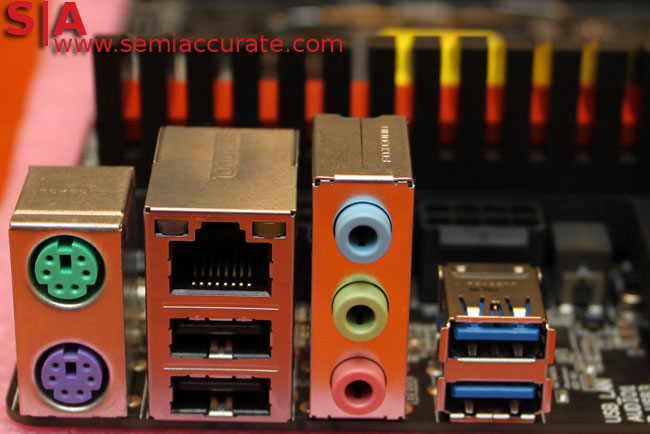 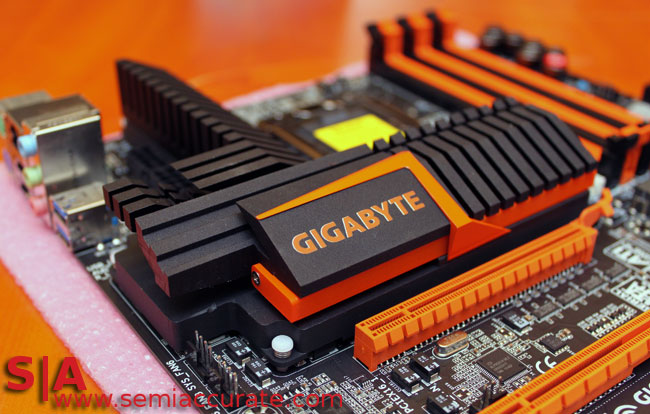 Gigabyte is hoping that the X58A-OC will be a success, but they haven’t set any sales targets as yet, but if this proves to be as successful as they’re hoping, then we can expect to see similar boards in the future for other platforms. On the other hand, if it fails, then it’s likely that Gigabyte will knock the entire project on the head and move on with some lessons for other product lines.S|A