I was lucky enough to attend Dr. Anne C Elster’s presentation on Real-Time Processing in OpenCL and GPUs at this years’ ADFS. The talk was a real treat, that had a number of very quotable moments. Her talk mainly focused on the projects her graduate students had done and the new work they were just starting. Dr. Elster talked a lot about using CUDA and Nvidia’s high-end professional GPU’s for most of their previous work doing image reconstruction and seismic modeling. But in an interesting, if predictable twist, she stresses that her lab and her students were moving from mostly CUDA based processing to OpenCL. 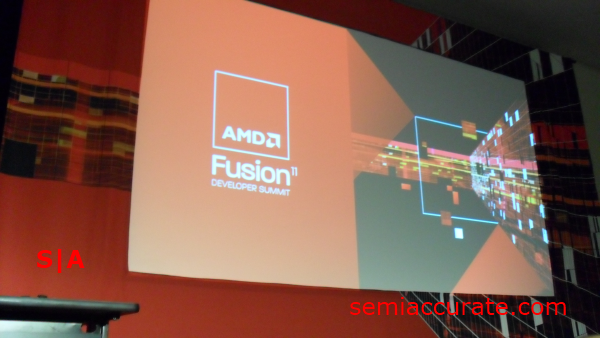 The big issue that she brought up with heterogeneous computing was the need to move a lot of data between compute nodes, and even within nodes. She offered a few avenues to combat this problem. One way was to use some of the processing power of the node, or in her case the GPU, to compress the data in real-time to reduce the impact of the bandwidth limitations that her applications were running into. The other was writing your applications to maximize data locality and minimize the use of memory bandwidth.

Now those ideas and principles are all well good, but the really fun stuff in the talk was her assertion about GPU compute and simulation in general. “Flops are not what they used to be” she led with this assertion. She followed it up by regaling us with the tale of a student who tried using an Nvidia Ion based platform to do some of the simulations they were running on Tesla parts to little success. She also mentioned that, “In supercomputing, when you do a demo, it’s important to look cool.” Obviously the kind of professor we all like to study under.

She also spoke about GPU physics in video games briefly saying that, “The realism of in-game physics varies strongly from reality; game developers use a lot of short cuts.” when she was describing many of the physics and post-processing effects that they were using. She also mentioned the increasing use of mixed precision libraries, using both single precision and double precision operations, in her simulations. The icing on the cake was the single slide about Larrabee, now called Knights Ferry, which again reconfirmed it as a 32 core GPU with 2GB of RAM and a subject of interest to Dr. Elster and her students.

There are a lot of very cool things that OpenCL, and GPU compute, are being used to do these days, let’s hope this trend continues. You can read more about Dr. Elster’s work here.S|A