A startup called Matterport is cratering the price of 3D area scans by using consumer depth cameras like the Kinect in novel ways. The company looks to not only have the right hardware, but also the software to make it work without undue fiddling and frustration.

The idea is simple enough, take two 3D depth cameras, mount them at roughly 60 degrees to each other, and put them on a tripod with a motorized mount. Plug in an iPad, press a button, and the thing spins around like magic. OK, motorized camera mounts are hardly magic, but two minutes or later you have a full 3D scan of the area with associated texture mapping acquired as well. 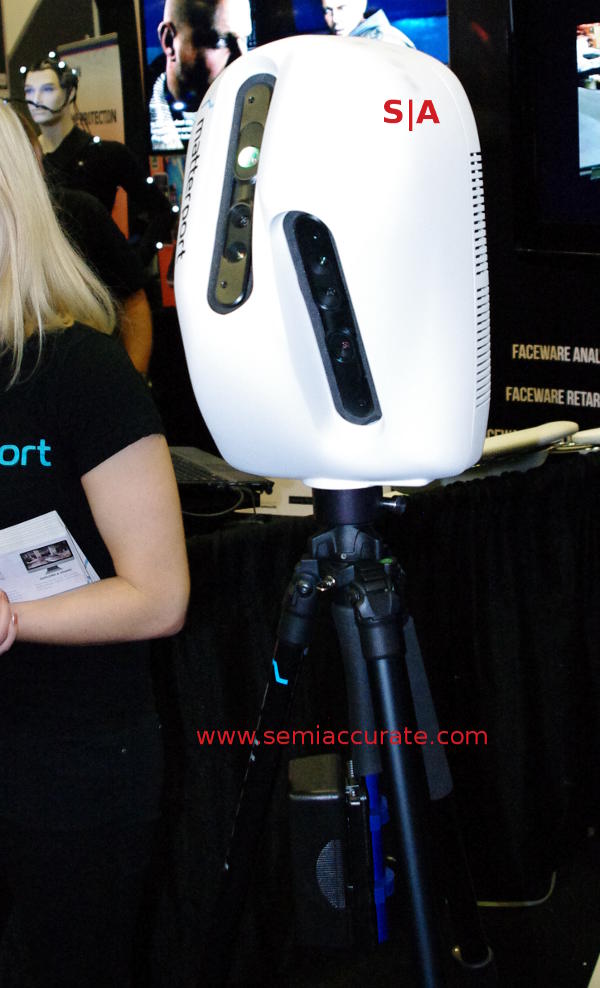 The camera in question, made with consumer tech

This is where the magic starts to happen, not on the camera but on what it is connected to. The iPad, not the spinny camera mount, tags the scan with GPS data and uploads the raw image files to a Matterport server for processing. 15 or minutes later you get an email or text saying that the scan is done, and well, it is done. You get an .OBJ file out that can be imported into Unity or other tools, or you can just use Matterport’s web viewer. 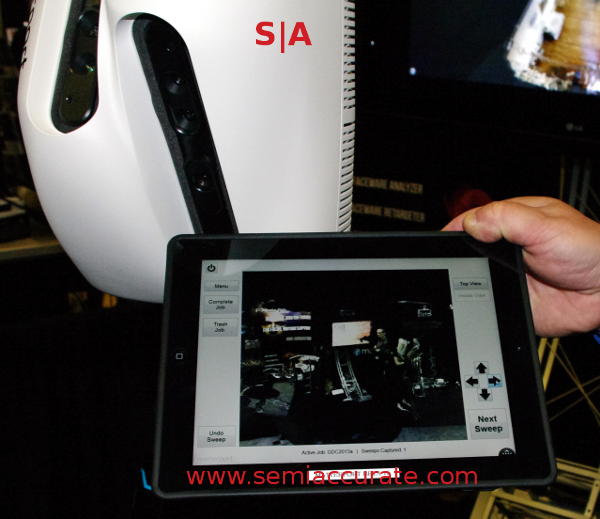 IPad not included, but recommended

So far it sounds a bit ordinary, laser scanners have been able to do similar things for quite some time. In fact, laser scanners can scan an object about 5m away to a resolution of millimeters, the IR tech in the Matterport devices measures in inches at that distance. Then again when measuring a big open space, how much resolution do you really need?

The software provided by Matterport makes resolution a far lower priority when you realize that an area can be scanned multiple times and their servers will automatically reassemble it in to a single mesh. If you need far more resolution, scan the same room or hall at 20 different points and that should be more than accurate enough. Luckily the re-assembly is automatic, so no fiddling around, in theory it just works.

If you recall we mentioned cratering prices earlier, it is $3000 for the entire rig.  The iPad is not included and there is a per-scan fee, but that is minor compared to the cost of a laser scanning rig, a tiny fraction of the cost in fact. Unless the software is painfully broken, and from what SemiAccurate saw at GDC it is actually pretty easy to use, then it could be a game changer.

This hardware is a beta unit, the final version due this summer will be smaller and sleeker, not that it matter all that much for a tripod mounted device. For the software there is an API out soon and a full SDK available before the end of the year should that not be enough. You can then add your own functions to the provided wares or roll your own if you have the inclination to do so. I think Matterport definitely is on to something here.S|A