Intel was showing off some nice designs at Computex including a productized sub-ITX board. Most of the interesting stuff was cool form factors but they were all quite useful.

The first thing that caught SemiAccurate’s eye was a productized version of the sub-ITX board they were showing off at CES. This device doesn’t solve the abjectly broken financials of the NUC concept but it does make it less technically problematic. Better yet it now has a non-marketing name, Huron City, and this particular example is being made by Wiebu. 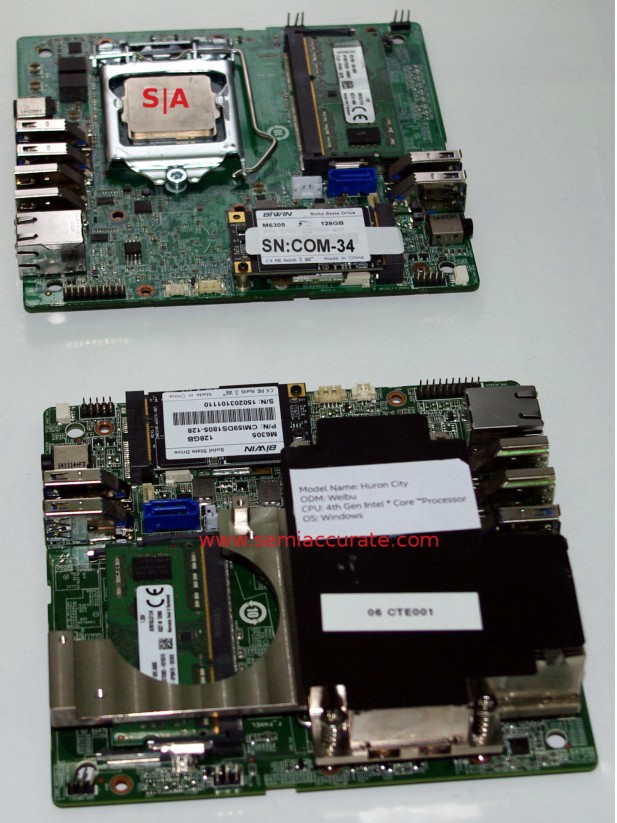 With and without the shrouds, but BTX is a better name

There is one major difference between the CES and Computex versions however, the DIMM slots. One DIMM slot appears to have been sacrificed to the cost reduction gods that ODMs prey to (Note: Intentional spelling there) but the concept appears otherwise unmolested. More interesting is the complexity of the shrouds especially the machined half-circle over the DIMMs. That can’t be cheap. 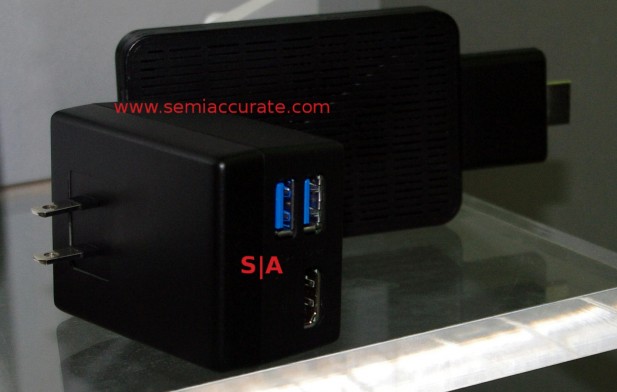 Next up we have two compute stick concepts, the interesting one is the wall wart with a board inside. It has three outs, two USB3 and one HDMI, all it really lacks is a power pass-through to plug a monitor in to. These could be useful as smart routers, stealthy compute nodes, and digital signage even if the tech isn’t all that new. The box below is laser etched wood and just looks cool, and neither box had specs but that doesn’t really matter. 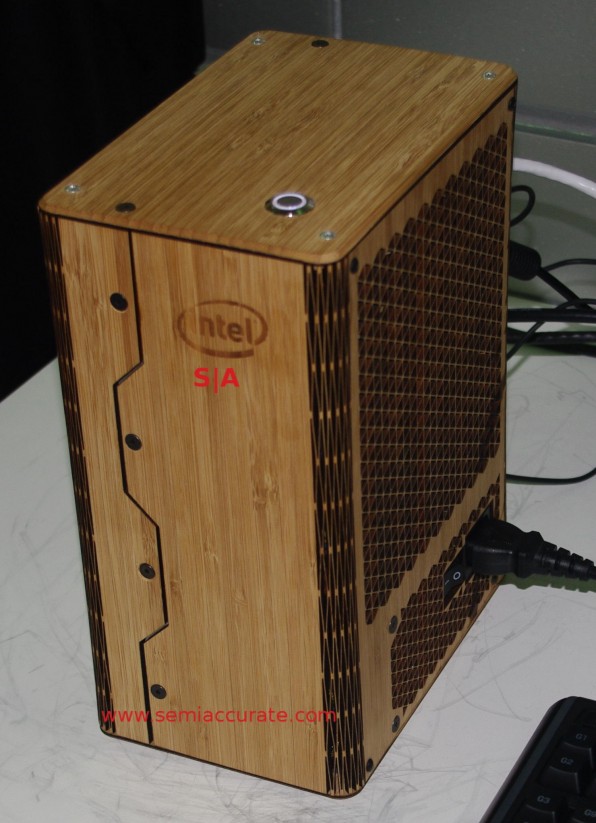 A woody for the PC set

Last up we have something called BizStick, the Intel version of a Miracast dongle. The blue loop at the top is actually a USB plug for charging the battery. Intel envisions you pairing the stick with a PC, going into a conference room, and just plugging it into a monitor without configuration headaches. There are also two much more conventional form factor versions in the background. 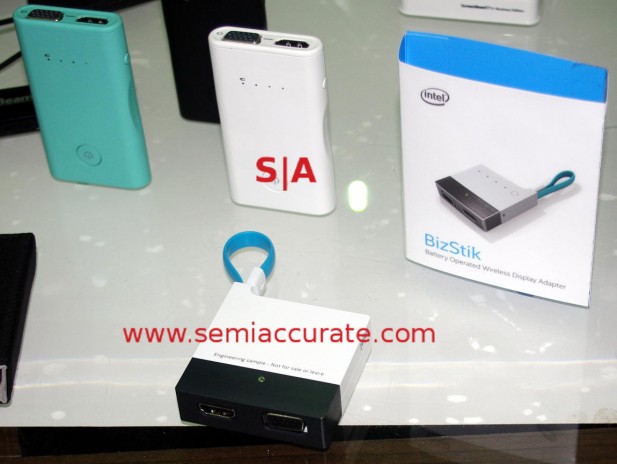 Is BizStick the new corporate Zippo?

There is only one problem with the BizStick, it is based on Wi-Di. Yes Intel refuses to give up on this dead horse but at least they have the money to frivolously burn. Instead of supporting open standards that actually work, Intel is pimping a broken, proprietary lock-in based one. Originally Wi-Di was meant to be built into TVs but all eight customers probably still don’t know it’s there. BizStick does support Miracast too, but why not save money and buy a Chromecast and be compatible?

With the abject failure of Wi-Di on the market, Intel had to do something to keep corporate users locked in to their new equally broken new software products. That lead to a mobile form factor that adds support for their proprietary standard for a mere significant multiple of the Chromecast cost. While the form factor is good and the price yet to be determined, it is still a prototype, there is really no other up side. If Thunderbolt wasn’t already at v3, we would call Wi-Di Thunderbolt 2. Give this one a rest but keep the form factor on BizStick and the others, those are good.S|A