So AMD is launching their FirePro 2012 offering from top to middle, where is the low-end? Before we move on, here is a refresher.

So AMD has recently launched such APUs, and positioned them to cater the entry-level workstation for CAD, media and entertainment workflows to build powerful integrated desktop and desk-side configurations. 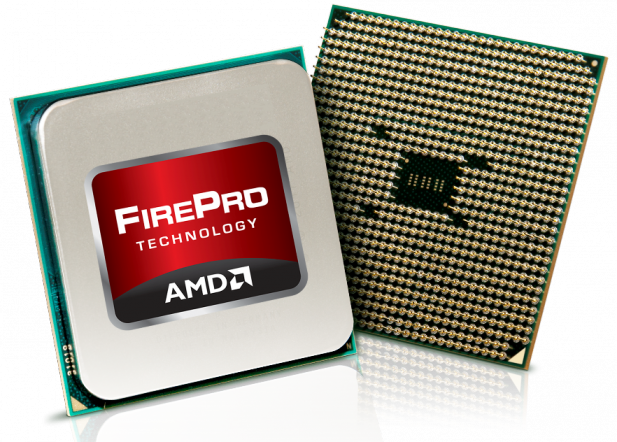 Here is the list of specifications for those who are obsessed with specs and more specs:
FirePro A300 Series APUs

As a side note, from this CLBenchmark results page, it seems that AMD was having some identity issues with this particular APU product line as the interim product branding being the AMD A-series APU, “AMD A10-5800W APU with AMD FirePro A320 Professional Graphics”. Let’s just say this platforms branding was pretty pointless when they don’t have a corresponding platform branding for the professional graphics market, besides the unrelated, business-oriented VISION PRO branding. (Author’s note: And yes, there are APUs for that too.) So they changed that back to simply AMD FirePro A300 series APUs soon enough.

These APUs can be paired with A85X, A75 and A55 FCHs, so there’s CrossFireX capability when A85X FCH was used, while A55 limits to SATA 3.0 Gbit/s and USB 2.0 ports. From the first looks, these are quite solid offerings against the competition, the Intel HD Graphics P4000. They also have the same ISV certifications for CAD and M&E applications as the discrete add-in board FirePro members.

While this is a good time to start making this the inflection point in bringing integrated graphics solutions into the professional markets when one considers Adobe products with OpenCL support on their latest version of Mercury engine, we hope it will eventually end up in SeaMicro boxes and low-end servers, just don’t bring along the identity crisis. S|A