Gigabyte does embedded and server boards

You probably know Gigabyte’s desktop boards pretty well, but when was the last time you heard about their server products? At Computex, they were showing off three boards, not all new, that were quite interesting.

The first new one is the GA7-PESH1 Romley/E5-2600 board. It looks pretty ordinary at first, two sockets, 16 DIMM slots, and one south bridge. For drives, it has the normal 2x 6Gbps plus 4x 3Gbps SATA, and 8x SAS6, basically a fully equipped one IOH Romley. If you change the last 1 to a 2, you get two Intel 10GbE ports as well. 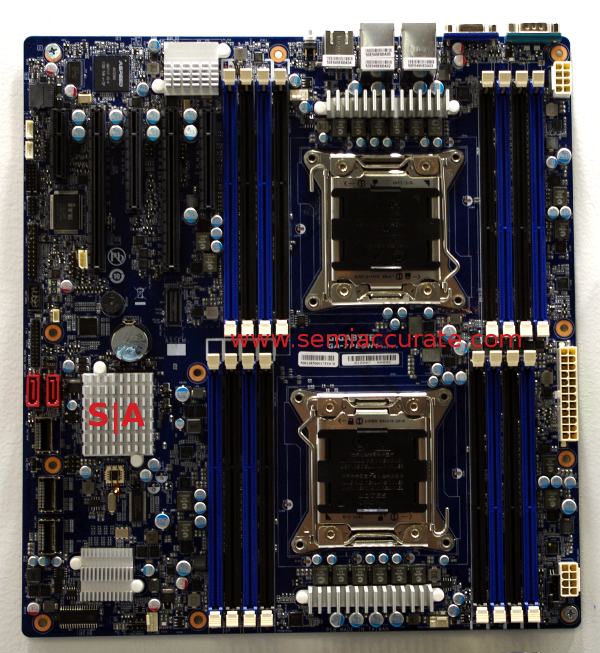 No 10GbE, but everything else is there

Where things get interesting is the ASpeed 2300 chip for IPMI 2.0 support. Like the Tyan offerings we talked about earlier, but with a much faster controller with DDR3 support and higher rez remote graphics. From there, there is some nice power circuitry with the desktop digital PWMs moving over to the server side. We look at this trend as a good thing, remote management and efficiency, what more do you want? 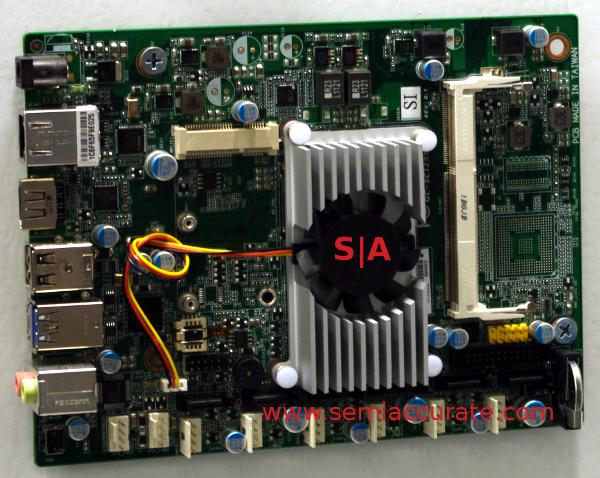 Moving down the product stack we come to the SCI25T NAS board, basically a 32nm Atom in that odd shaped NAS box form factor. A small HSF, a DDR3 SO-DIMM, and enough fan headers to take flight, fast flight, are clues to its use. The documentation claimed 2x SATA 3Gb ports, but you can plainly see six in the picture, and there is an odd non-documented connector, plus DC in. This says it is a custom board for a embedded client who had some pretty specific needs. 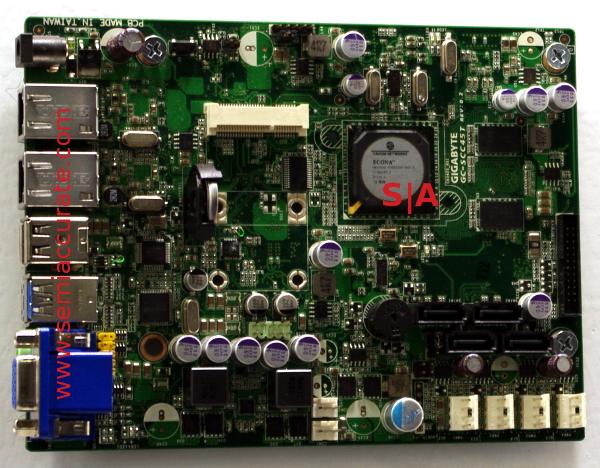 Note the SoC in the middle

A whole lot more interesting, even if older, product is the SCC45T NAS board. Instead of the usual ARM, or when Intel feels like paying someone, Atom, the SCC45T has a Cavium Econa CNS3420. This one has no DIMM slots, just 2 DRAMs soldered down, and no heatsink or fan. Since the top Econa 34xx pulls 2.2W, that is far below the passively cooled limit. It is nice to see a new option in the space, especially in light of the Econa’s capabilities.S|A