It’s been a long four months since Intel decided to finally grace the world with its Ivy Bridge architecture. The key improvement of Ivy Bridge over the previous generation was a significant increase in graphical performance. As we found in our testing back in late April, Intel certainly delivered on the raw performance front. But the drivers for the HD 4000 were still lacking.

With that in mind we wanted to take a look and see what’s changed for the HD 4000 in the intervening time. The key things we’re looking for here are raw performance improvements, image quality fixes, and stability fixes. A quick review of Intel’s release note for its most recent Windows 7 64-bit drivers indicates quite a bit about how far Intel’s drivers have progressed in the last four months. The last update that they received was in back in May.

Despite the lack of any new drivers since then, Intel did remedy a number or issues that I, and other reviewers ran into when we were testing the HD 4000 on the launch drivers.

Of particular interest to us are the fixes to Portal 2, Crysis 2 (a game we’ll be testing), and the improvements to Anisotropic filtering quality that are mentioned above.

One of the things that I brought up in my initial review was the fact that Intel was using support for 100 games as a marketing bullet point. Supporting only 100 games is absurd, and as we found the HD 4000 actually supported quite a few games that weren’t on that list. But that list still stands, and with the driver update in May Intel added only 14 games to that list. Progress is progress, but if this is the pace that Intel going to stick with then they have about as much chance of catching up to their competitors as an ice cube has of escaping a forest fire. 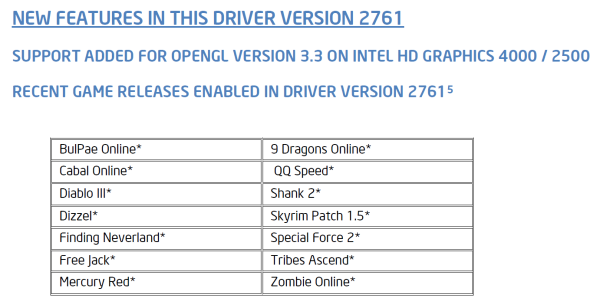 To Intel’s credit though, they had a long list of known issues with HD 4000 in their release notes. So they know what needs to be done, but the problem is execution, and judging by their recent release of WHQL Windows 8 drivers, a lack of resources.

But enough about the release notes and lack of updates, let’s take a look at the numbers. 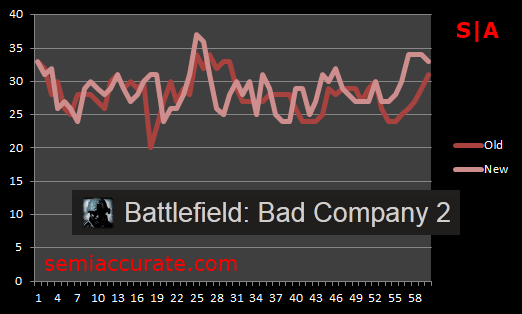 Our test settings for this BFBC2 benchmark are exactly the same as the ones we used in our initial review. We are running the game at the same medium/high settings at a resolution of 1080P.

As you can see performance is very similar between the two driver sets. We won’t read too much into this yet, but as the release notes hinted at, Intel’s updated HD 4000 drivers were focused mainly on bug fixing rather than performance enhancements. 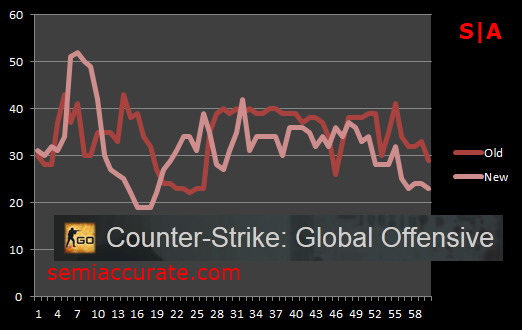 Next up we have Valve’s latest game CS:GO. Again, performance looks about the same between drivers, in this yet to be officially supported game. 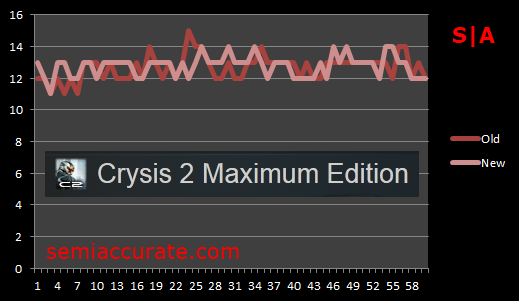 Playing Crysis 2 on Intel’s HD 4000 is mostly an academic exercise, especially at 1080P. But at the very least we can see that performance is practically unchanged between driver sets. 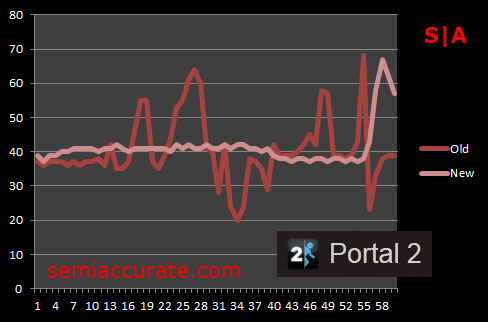 And now we come to Portal 2, a game that Intel mentioned twice in the release notes. It seems that the new drivers have removed a lot of the peaks and frame rate troughs that this game exhibited on the older driver set. We would also like to note that we didn’t experience any stability issues during our testing, so good on Intel for resolving that issue. 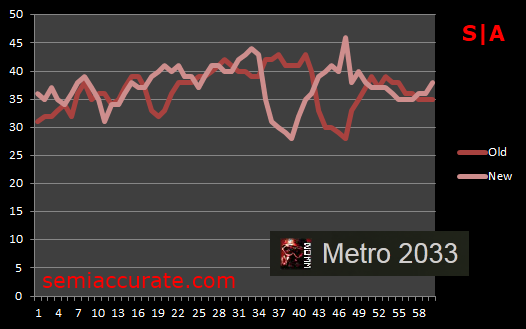 The final game we tested with was Metro 2033. Now in our original review we had to run Metro at almost the lowest settings possible, and at a resolution of 720P, in order to maintain playable frame rates. This is something we opted to do again for this comparison. Yet again, the performance story looks just about the same between driver sets.

We put together a table to condense our testing. As you can see the highest gain is just over two percent, and the biggest hit was about 8 percent. Although I would attribute that large of a hit to variations between in-game benchmark runs, rather than a performance regression from Intel’s newer drivers. 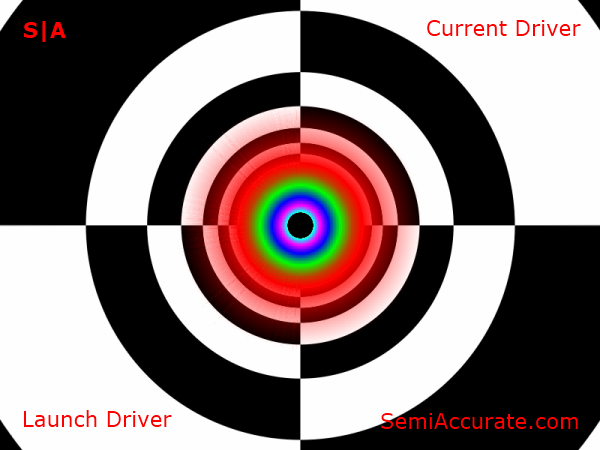 Moving on the Intel’s claims of improved Anisotropic filtering we can see in this comparison between the two driver sets that Intel has addressed this issue. Or that at the very least it has been addressed in this benchmark.

So overall we can see that Intel has improved it drivers for the HD 4000 since we first reviewed it. But the performance story hasn’t improved at all and there is still a long list of outstanding issues that the driver team at Intel needs to address. Things are getting better, but they’re not getting better nearly as fast as they should be.S|A