Computex 2012: And updates to a few widgets too.

The first thing that caught my eye was the EP Pro series of SD cards. While it is hard to get excited about SD, this one has just about all the things you would want, 128GB capacity, UHS-1 speed rating, and a mere 90MBps read/50MBps write speed rating. 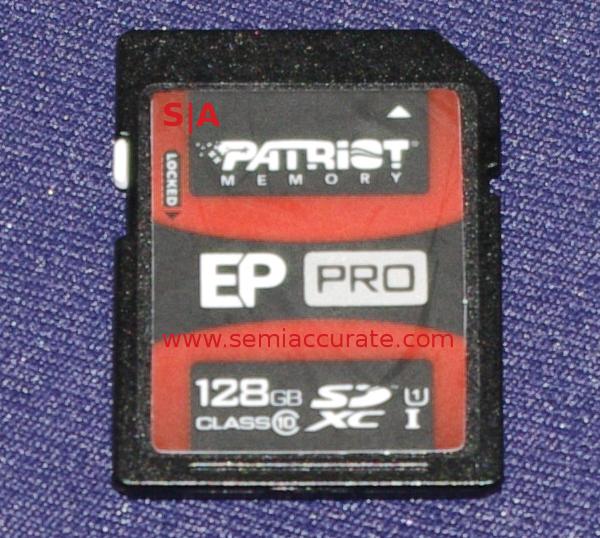 Patriot is half the fastest SD card

If you add the read and write, you end up at the exact same number as the ADATA card we saw earlier, but the Patriot version is 5MBps faster in read, 5MBps slower in write. That makes it half of the fastest card we have seen, and the first 128MB SD we have run in to in the wild. At the moment, you can find it for $150-160, not bad considering all it offers. Please note, we first saw it on 6-6-12, numerologists go nuts!

Next up is an upgrade to the Gauntlet Node HD+Wi-Fi enclosure. This box is just what it sounds like, a HD case that has Wi-Fi capabilities for wireless access. The update brings a LiPo battery for a claimed six hours run time with a magnetic HD, and it is sized for the new 1TB 2.5″ drives that are a bit taller than you might expect. 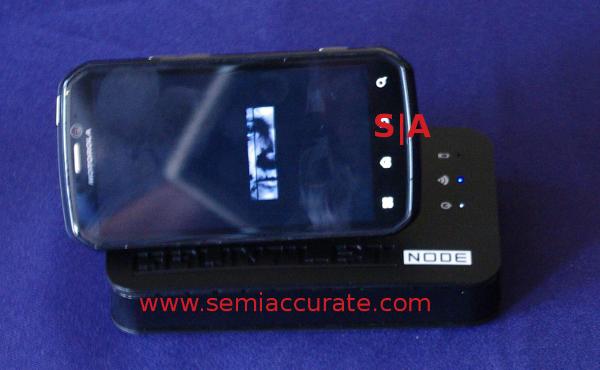 Gauntlet Node on my cell

To make things a little nicer, it now acts as an internet pass-through, so it will play well with a wireless hotspot. That is, until Patriot puts one in as an upgrade, hopefully soon. They should be on sale about now for about $65, just add a HD and off you go.

Last up is another refresh, this time to the PBO Alpine, an Android based portable media box. This new one still has Android 2.2, and the rest you probably are familiar with. Plug one side in to the wall, the other in to your monitor, and any USB drive or flash card you plug in with media on it can be played. Should you want, oh, say, interactivity, plug in a keyboard or mouse.

Have a Gauntlet Node? Get the optional Wi-Fi dongle, or pull one out of a drawer that has Android drivers. If you don’t have one of these boxes sitting around, you probably should, they are cheap, the new PBO Alpine should cost around $89, and can be tucked away when not in use. Get three, one for Grandma.S|A

Editors note: This last sentence was not a recommendation as to effective bribes for our Forum moderators. They are known to prefer root vegetables and antique Belgian board games.