How it is made is the interesting part

Xilinx recently released the world’s largest FPGA, the 16nm VU19P with more than 9M logic cells. This third generation ‘worlds largest’ is based on their familiar SSI tech which is what SemiAccurate is most interested in.

When you think about interposers and advanced packaging, Xilinx is hardly the first name that springs to mind but it should be. They were one of the first companies to take silicon interposers, SSI or Stacked Silicon Interconnect in their parlance, to mass production with the 7V2000T in 2011. 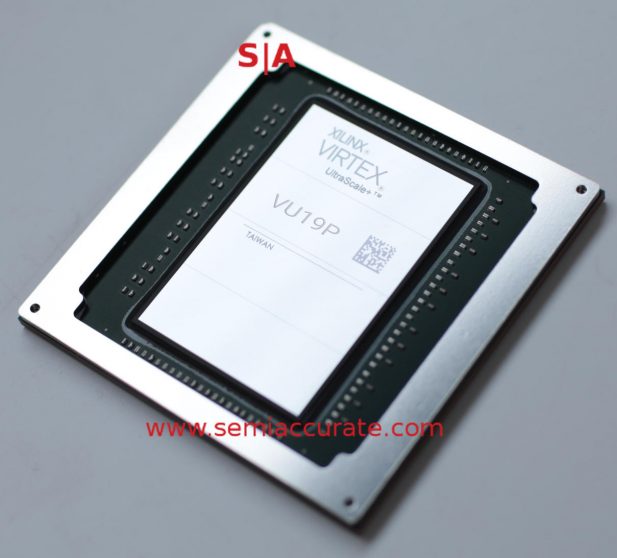 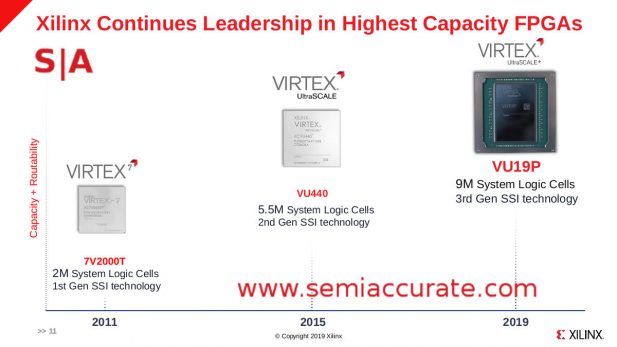 Now we have the 9M gate VU19P which uses four identical slices of 16nm silicon, something obviously done for yield and optimization reasons. A gigantic interposer adds a lot of cost but given the market for the largest FPGAs, this is a minor concern if it brings more performance. And it does. If you look at the raw numbers for the VU19P, it is a pretty amazing beast. 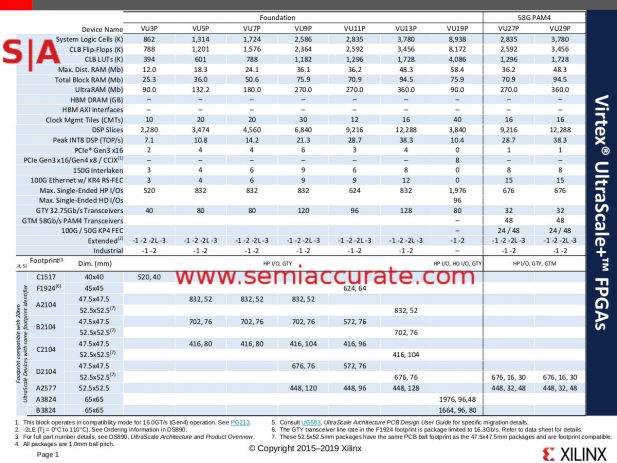 The specs for the whole family

As the biggest FPGA in the family, the VU19P isn’t tailored to one market or another, it looks like it is made for raw compute, or in this case raw simulation. Those ~9M logic cells are complemented by eight PCIe4 8x lanes, each also usable as a PCIe3 16x slot with or without CCIX, and 80 32.75Gbps transceivers. Think of this part as a compute heavy, I/O light, very relatively speaking, FPGA. And it is the biggest one out there, bar none, which means the high end of the market will be owned by Xilinx for the foreseeable future.S|A